Boyfriend’s tool is too big 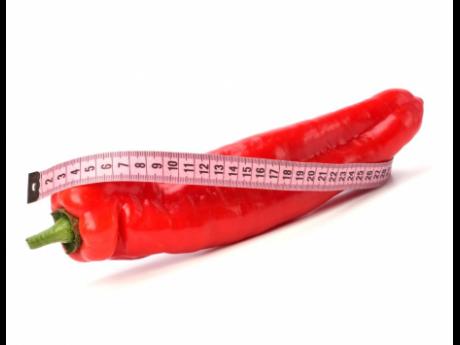 I am a 25-year-old female and I am having a problem. I grew up in a very strict home. My father was the pastor's assistant in our church.

Unless we were ill, we always attended church. My older sister went abroad to study and she met a man while in college, and they got married. I have two brothers and they are no longer living at home. One is living with his girlfriend and the other is doing law. I saw these things to show you how grateful I am to my parents.

I have a first degree and I am hoping to do post-grad work. About a year ago, I met a man. He started to attend our church. My father likes him. He is easy going and he is educated. But there is a big problem and when I say big problem, I mean big.

This man has invited me out and I saw what I did not expect to see. This man's third leg is so long that I could not look at him for long. He tied down his 'third leg' to one of his legs. He was wearing shorts and I could see that he was uncomfortable. So I asked him why he had to tie it down. He did not want to answer, but I insisted that I wanted to know. He told me that he was tying it because just being with me, he was having strong sexual feelings that he found difficult to control. I asked him how long his penis was and he said about nine inches. I do not see this relationship going very far.

I spoke to my mother about it and she said that she would discuss it with my father. I questioned my mother about my father's reaction and she said my father told her that he didn't want to bury me because this man will surely kill me if I continue to have a relationship with him. I have not gone anywhere else with this man. He knows that the length of his penis is standing in the way of our relationship. He has bought me gifts and he has tried to tell me that everything is going to be all right, and we can learn to please each other after we get married.

I have had sexual intercourse twice and it was a big chance I took with one of my friends while I was in college. He had an average size penis. I broke up with him because he became too friendly with one of my cousins. I would like to get married, but I don't want to get a divorce. I know I cannot deal with a man whose penis is nine inches long. Every day I am thinking about this problem. I have to make a decision soon. Should I just tell this man to look for another woman?