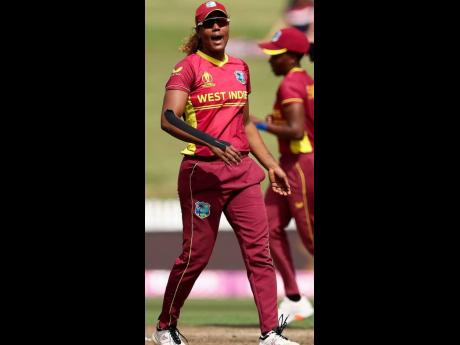 The Hayley Matthews-captained West Indies Women suffered a nail-biting 'super over' defeat in the fourth Twenty20 International (20I), as the touring New Zealand Women took an unassailable 3-1 lead in their five-match series.

Set a target of 16 to win, in the 'super over', New Zealand, led by the hard-hitting Sophie Devine, reached their target off the final delivery, with Devine scoring 17 runs from five deliveries.

The 24-year-old Matthews, in her first T20I series as captain, took the challenge head-on to bowl the 'super over' as she believes that the responsibility lies with her to show experience in helping the team to win.

Matthews, despite the defeat, was quick to defend her teammates, who are missing some regular players, due to injury and trying to contend with high-calibre New Zealand.

"We've been missing a lot of players, we had Shakera Selman and Chinelle Henry out today, and we have Shemaine Campbelle and Stafanie Taylor out for the entire series, but the girls have been doing a fantastic job, working with and around me.

"This is a very good opportunity for the girls to go out there and go up against New Zealand, who are playing with a lot of experience. At the end of the day, we do have a lot of injuries, but, hopefully, they can learn a lot from it," added Matthews.

The Barbados-born all-rounder Matthews added that the team has been of great support to her thus far.

"The team has been supporting me thus far. I've been thrown in the deep end a little with the number of injuries that we have and not having enough experience on the team, but I think at the same time it can help us to learn a bit faster and better as well.

"I'm just embracing the challenge and learning with every game. I've learnt so much in the first seven games that I've done and I'm really thankful for the opportunity and looking forward to learning more as the games go on," said Matthews.

The final T20I fixture of the series will be played at the same venue, North Sound in Antigua, starting at 11 a.m. (Jamaica time).