Search on for new talent at referees’ course 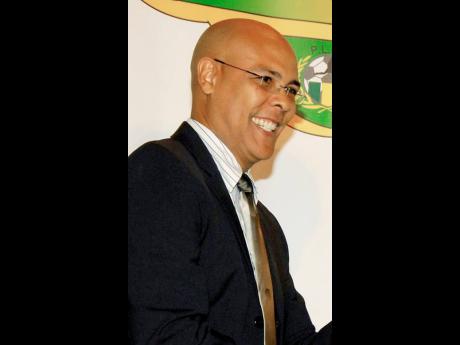 FIFA refereeing development officer Javier Santos says he hopes that new officiating talent will emerge from the island to make their mark on the international stage as they begin training the best of the nation's officials.

Thirty referees will take part in a FIFA-mandated refereeing course which starts today at the UWI/Captain Horace Burrell Centre of Excellence and will run for five days under FIFA instructor Peter Prendergast.

The course is under FIFA's Referee Assistant Development programme and involves technical and fitness training which also includes a practical field session.

Santos, who is responsible for English-speaking countries, says that he along with his team are looking forward to seeing the standard of the local officials.

"We will be working together as a FIFA team with the local instructors just to see how they are working, how they are teaching the referees and so we can see the improvement of the local referees," Santos said.

While Santos said that the course is to solidify the knowledge that they already have, he is also looking at opportunities for new talent that could be selected to officiate in international competitions over the coming years, a prospect which has him excited.

"It is a refresher course for this year but we can see talents and we can see new prospects for next year and the upcoming years," Santos said. "We can propose names to Concacaf for international tournaments, not just FIFA but also for the (region)."

The upcoming tournaments for 2023 include the 2023 FIFA Women's World Cup as well as the Concacaf Gold Cup. No Jamaican made the final list of officials for the 2022 FIFA World Cup which will take place next month in Qatar. Jamaica Football Federation referee department head Victor Stewart said that the course would not involve the application of the Video Assistant Referee system as the country is not yet "VAR capable"

"The objective of these courses is to streamline the interpretation and the application of the laws of the game and this is done in almost every country," Stewart said.