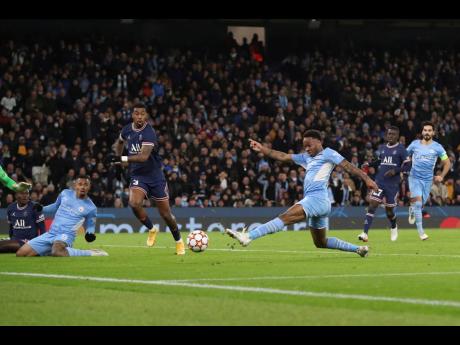 Gabriel Jesus completed Manchester City's comeback to beat Paris Saint-Germain (PSG) 2-1 and secure a place in the round of 16 of the Champions League as group winners yesterday.

PSG are also sure of going through as runners-up in Group A thanks to Leipzig beating Club Brugge 5-0.

The clash of the competition's wealthiest teams, who are yet to win European football's top prize, fully came to life in the 50th minute when Kylian Mbappe put PSG ahead after an interchange between Lionel Messi and Neymar.

But the attacking dominance by City that defined the first half saw Raheem Sterling's outstretched left foot nudge in a cross from Kyle Walker to equalise in the 63rd.

After Neymar missed a chance to restore PSG's lead, Bernado Silva teed up Gabriel Jesus who connected with scuffed shot that still beat Keylor Navas in the 76th.