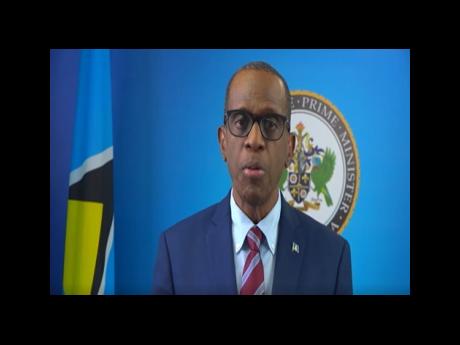 CASTRIES, St. Lucia, Nov 23, CMC – The St. Lucia government says it will make severance and other termination benefit payments to former non-unionised workers of the Antigua-based airline, LIAT (1974) Limited following the collapse of the company in 2020 .

Prime Minister Phillip J Pierre told Parliament that his administration, as part of its policy to prioritise the interests of St. Lucian workers, will also be paying similar benefits to former employees of the foreign owned garment manufacturing company, Majestic Industries Ltd that ceased operations here in 2004 without paying the legal entitlements to the workers.

The company had operated here from 1971 until 2004 and at the time of its closure, the National Workers Union (NWU) said that over 300 persons were employed. The union said the company gave it 72 hours notice and that there were no severance pay, notice pay, outstanding wages and non-payment of about three months National Insurance Service (NIS) contributions.

Pierre, who had during the budget presentation in July, first announced the plans to meet the outstanding payments to the LIAT and Majestic Industries workers, said that the approximate value of the compensation package for the former employees would exceed six million EC dollars (One EC dollar=US$0.37 cents).

“The longstanding issue of termination benefits to Majestic Industries and LIAT 1974 Limited workers will be settled,” Pierre said.

LIAT (1974) has since gone into liquidation after more than four decades of operation in the region and Pierre said that his administration had entered into an agreement with the non-management LIAT workers here who had been terminated by the closure of the company.

“We are currently in discussions with the former management staff, including pilots to arrive at an acceptable settlement,” Pierre said, adding that “our decision to settle these outstanding payments is yet another demonstration of our continued commitment to the upliftment of the welfare of the workers of St. Lucia”

A report from the Office of the Prime Minister, said that Pierre, who is also Minister of Finance, has since directed the ministry “to facilitate the outstanding payment by the issuance of government bonds.

‘The approximate value of the package for the former employees of Majestic Industries and LIAT (1974) Limited exceeds EC$6.3 million,” the report noted.

Pierre is quoted in the report as “thanking the workers of LIAT for their patience, but also most importantly the workers at Majestic Industries because these are single mothers…who an unscrupulous investor left them without their termination, severance pay and their termination benefits”.