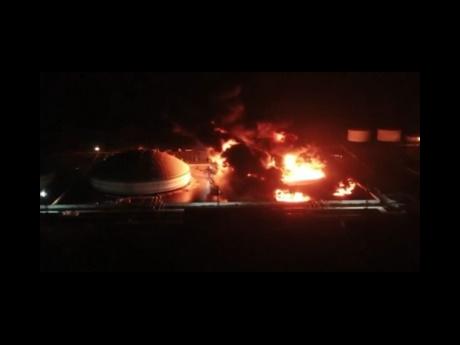 The 15-member Caribbean Community (CARICOM) grouping Monday expressed condolences to Cuba on the death of at least one person following last weekend’s oil tank explosion in the industrial zone of the city of Matanzas.

“The Caribbean Community (CARICOM) stands with government and people of Cuba in the aftermath of the disastrous fire at the Port of Matanzas.  We extend our condolences on the loss of life and wish a speedy recovery to the scores of people who were injured in this tragic accident brought on by an act of nature,” the Guyana-based CARICOM Secretariat said in a statement.

“The extensive damage to infrastructure and the environment is also of concern to the Community and in the same manner of the steadfast fraternity shown to CARICOM by our sister nation, the Community stands in solidarity with Cuba as it seeks to limit the damage of this disaster and offers our assistance to our longstanding friend and partner to overcome this setback,” it added.

Over the weekend, Cuban President Miguel Díaz-Canel paid a visit to the Faustino Pérez Hospital where the victims of the explosion are being treated.

The official Cuban News Agency said lightning hit one tank, starting a fire, and the blaze later spread to a second tank.

The provincial government of Matanzas said the number of injured had reached 77, while 17 people were missing.

Seven of the injured were taken to Calixto García Hospital in Havana, which has a prominent burn unit.

Cuba said that it had asked for help from international experts in “friendly countries” with experience in the oil sector.