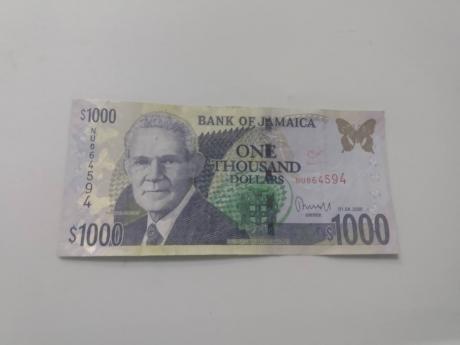 A Chinese national who is accused of trying to bribe a policeman with $1,000 during a traffic stop will face trial in the Kingston and St Andrew Parish Court.

Liu Sheng Li pleaded not guilty to bribery yesterday before Senior Parish Judge Lori-Anne Cole-Montaque. The allegations are that the police officer was on traffic duty, when Sheng Li was stopped and informed of road traffic breaches. He was asked to produce his licence, but instead handed $1,000 to the officer. Sheng Li was asked by the policeman why he handed the money to him, to which he allegedly responded, "I have no driver's licence."

Steven Jackson, attorney-at law representing Sheng Li, explained that his client, who does not speak English, could not have made the caution statement and may have made an honest mistake.

"A part of Chinese custom is that men usually do not walk with what we call wallets. So they mainly walk with money and documents in their wallets. So he took the documents, including the money from his pockets and handed everything to the police. I suspect, Judge, that in fright of the situation, he took everything he had and handed it to the police. So the allegation indicates that he said something to the officer, to the extent that he did not have a driver's licence, could not be because he does not speak any form of English," Jackson said.

But the senior judge rebutted his argument and shared that from her observations, Chinese nationals who come to the island are versed in speaking Creole.

"They come and they adopt our Patois, even better than mine sometimes. But I do understand the complexion of the defence so the matter would have to go to trial," Cole-Montaque instructed. Sheng Li is to return to court on September 7 when the trial is expected to begin.