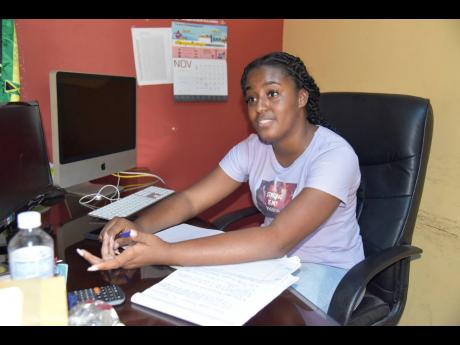 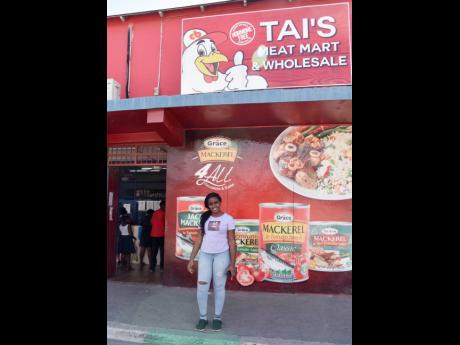 Clarke said that the business has been in operation for years and aims to keep it growing.
1
2

After assisting one of her staff with cutting meat, Cherone Clarke settles into her office to sift through documents.

It's part of the daily routine for the chief operating officer of Tai's Meat Mart and Wholesale in Tower Street, central Kingston. Still in her early 20s, Clarke is responsible for the day-to-day running of the establishment, which is owned by her partner Wayne Tai. She told THE STAR that she always had a love for the retail business.

"At age 16, I was already working at an establishment in Kingston and I was still going to school," she said. Tower Street and other sections of central Kingston are under a zone of special operations after an ongoing gang feud claimed dozens of lives last year. But Clarke is adamant that the space isn't all about guns and murders.

"A lot of negative light is shed on this community, but there are a lot of progressive and nice people here. This business has been in establishment for years and has been passed down through generations. But I have been here three years and I am enjoying it. Other than just wanting to further myself and have a better future, what pushes me every day is my customers and staff. I have a genuine love for them. My staff are all older than I am but nevertheless, the respect is always there. We have a very good rapport," she said.

Clarke stated that the violence has had residents cowering in fear and that has impacted her business negatively.

"I was motivated to go harder, so I sought other ways in which we could keep the business afloat. I didn't just depend on the market within the community," she said. "I created a programme where the staff would get in sales from the communities where they live. They would collect orders from their neighbours and their friends and once the order is done and delivered, then they will get a commission from that sale." There are also plans to start delivering orders to persons who may be too busy to go to the supermarket for themselves.

A graduate of Titchfield High School in Portland and the Caribbean Maritime University in Kingston, Clarke aims to be a role model for the youth in the troubled community and hopes that they will keep their heads above water, despite their surroundings.

"The kids in the community, especially those on this stretch, are the sweetest. If I should be outside right now and they are coming from school, they would stop and tell me about what they did in school and we just show each other a lot of love. I think I have this positive impact on them that they always want to do better, so they can come and tell me. I help them with their assignments as well and just always offer them words of encouragement," Clarke said.