JCF not depending on SOEs, says police commissioner 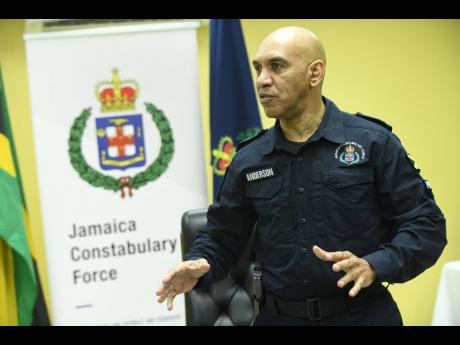 He said that the force will continue implementing them in its quest to tackle violent crimes, even if the Senate fails to extend the enhanced security measures which are currently in seven police divisions.

The measures, which expire this weekend, have been approved for extension by the House of Representatives. However, a two-thirds majority of all members of each House is required for an extension. At least one Opposition member must vote for it in the Senate.

Anderson, speaking yesterday at a JCF Stakeholders Forum under the theme 'Policing in a Pandemic of Violence: Reducing Fear, Reducing Violence, Saving Lives', said that the use of SOEs is an additional crime fighting tool.

"There is nothing on our suite of responses that has been taken off. So if we do not continue with an SOE, we will continue with all the other measures that we have," the commissioner said.

Opposition spokesman on National Security, Senator Peter Bunting, urged the Government to abandon using SOEs. Bunting said that the opposition supports the deployment of military personnel to assist the police, but stressed that this can be done without SOEs.

The commissioner said that stakeholders, including private sector leaders, have been willing to support SOEs because "there was a recognition that we had to build capacity even as we reduce the [crime] numbers".

Prime Minister Andrew Holness, on November 14, announced states of emergency in St James, Hanover, Westmoreland, St Andrew South, Kingston West, Kingston Central and Kingston East. However, data from the latest JCF Serious and Violent Crimes Review, show that during the first week of the SOEs, there were 38 murders in the week ending November 20.