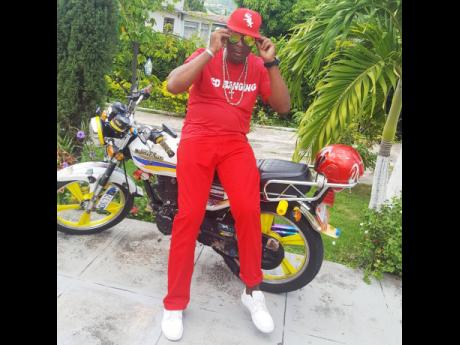 Dancehall artiste Mr Banging is excited about the launch of his debut EP, First Chapter of Bangology, which was released on October 1.

The six-track EP includes tracks such as 99 Good with Rod Pinnock, No Stopping with Wasp and Shane O, and It's a Good Day. Mr Banging said the single is an inspirational one pushing people to seize the day.

"It motivates you to push through the challenges and have a good day despite all the negativity and chaos we encounter daily. Another great song is My Testimony that is my personal experiences in life on a whole and reflects my personal philosophy," he said.

Mr Banging, whose given name is Omar McNab, gave a special performance to launch the EP at the monthly Boom concert series which was held at Bournemouth Gardens in Kingston last Saturday.

"The outpouring of support was great. I presented my tracks in a professional manner, mi go all out and the result was really tremendous," he said.

Mr Banging is a dancehall deejay, selector, promoter, road manager, street-mix DJ and producer. He is primarily known for his high-energy street mixes, and has carved out a niche for himself in the Corporate Area. Hailing from Rollington Town, Mr Banging attended St Andrew Technical High School and was heavily involved in sports, making the Manning Cup team.

When he left school, he decided to be a dancehall deejay, performing under the name Killish. He scored his first radio hit with Fire, featuring Nadine Sutherland on the 'Rice 'n' Peas' rhythm.

For years, he did jobs at the post office and a bakery, but music remained his first love. Eventually, he decided to return to it a few years ago, and he jump-started his career by performing under his new moniker.