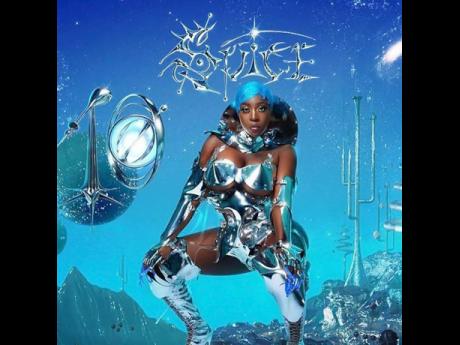 Spice is the first female to be nominated in the Best Reggae Album category with an authentic dancehall album, 10, which is her debut studio album.

Speaking to THE STAR, Sean Paul, who won the Grammy Award for the Dutty Rock album in 2004, said "It will bring a lot more recognition to the ladies. I have to give it up to the ladies. Whether nominated or not in the Grammy Awards, for me the women have won over the past three or four years." Sean Paul's Live N Livin album is also nominated for Best Reggae Album at next year's Grammys.

He hailed Spice for her achievement, but also lauded Ce'Cile, Ishawna, Shenseea, Jada Kingdom and Ishawna and also female recording artistes such as 2020 Grammy Award winner Koffee, Lila Ike, Jaz Elise, Naomi Cowan and Sevana who have infused soul and reggae into their styles.

Not wanting to leave any names out, an excited Sean Paul said "A lot of women have stepped up their game. The bigger story is that they are not only being noticed, but they are being heard a lot more and causing an impact."

He continued: "A lot of times the women are noticed for the stage show that they might put on, or for a one or two song. But every song that these ladies are putting out is being heard. The whole female fraternity in dancehall doing their thing. That is the most exciting thing happening right now. Big up to the ladies!"

The other reggae Grammy nominations are Pamoja by Etana, Positive Vibration by Gramps Morgan, Royal by Jesse Royal and Beauty in Silence by SOJA.

"This Grammy nomination is a special one. Live N Livin is a very special project to me, as it is a return to hardcore dancehall," he said. It features collaborations with artistes such as Buju Banton, Chi Ching Ching, Serani, Govana, Intence, Suku Ward, Busy Signal, Mavado, Skillibeng, Masicka, Squash and Bugle.

"Everyone I worked with from my engineers to the producers to the artistes, even the person who did the artwork is Jamaican. It was really a collaborative effort and I'm proud of the recognition we all received. With this album, I wanted to show my genre that we need to do more collaborative work and less confrontation," Sean Paul said.

Earlier this month, the MOBO Awards announced its nominations. Sean Paul is one of six Jamaican artistes nominated for Best Reggae Act for 2021 along with Spice, Lila Ike, Shenseea, Skillibeng and Popcaan.

"I'm feeling really honoured about the MOBO nomination and, hopefully, we'll bring that home. I have been at the awards already and these are all great awards. It feels great to represent the culture at such a level," he said.