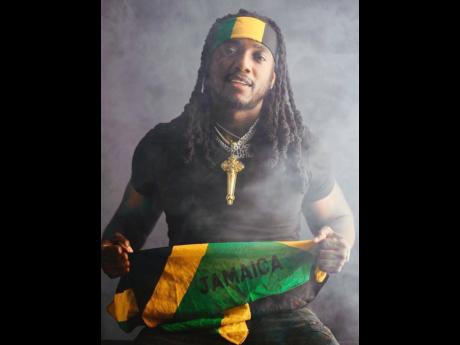 Dancehall artiste Kiprich has been encouraged by the reception to his single Empty Barrel and its accompanying video as he sets out to refresh his sound and image.

Released in October, the music video was directed by Shervel the Sheep. The song is about people who talk about negative things but who have nothing to offer, while knowing that they are unable to stall someone's progress. The song is produced by Boysie Jetlife and Iclips Records. The public response to the song, which is being promoted by Sofocus Entertainment and Tower Music Media Group (TMMG), has been encouraging.

"The feedback has been very strong in a positive way. People are talking about the catchy melodies in the song and relatable lyrics," said Kiprich. "I feel good about the outcome."

He has been busy working on a new EP and album, which he says will reflect his continued evolution. However, before that, he plans to drop a new single, titled I'm Ready, and an accompanying video later this month. The project is a collective effort between the entertainer, TMMG and Sofocus Entertainment.

The still-untitled EP is scheduled for release in March 2022, while the full-length album will follow shortly after.

"Growth comes with changes in the vibe, performance and everything. There is nothing in particular that I am trying to aim for or trying to sound like. It's just that the beat of dancehall has changed over the years and in order to fit on these beats, you have to change your flow; your whole vibe has to change," he said. "The new generation, they're listening to these kinds of beats. So in order to stay relevant, you have to change up your vibe. As far as image goes, you have to keep it fresh and keep tweaking it at all times. So I exercise all the time to keep myself fit. The fans know me with my hair a little shorter; it's longer now, having grown over the years."

Meanwhile, the entertainer is gearing up for some live performances leading up to the Christmas holidays.

"The pandemic has affected show business on a whole. I do shows in the United States, but most of the other countries I regularly travel to for shows are still suffering from the pandemic. I am going to the Dominican Republic in December. So, slowly but surely, everywhere will free up for us to be back on the road the right way. I also have a show tentatively for Colombia," said the artiste.